With various Corporate Social Responsibility (CSR) initiatives, PAZZION helps different strata of society to raises awareness for the underprivileged or the environment, make a positive impact for the community and inspires others to give back to society.

With CSR at PAZZION’s heart of operations, PAZZION’s CSR programmes are part of its business model and staff culture that reflects its values.

“We rise by lifting others. PAZZION is the firm believer in giving back to the community and I have created a business model and company staff culture that reflects these values. All my employees and I are dedicated and proud to be part of such initiatives to give back to the local society.” A core component of PAZZION’s Corporate Social Responsibility Programme, PAZZION CARES was launched with the goal to make a positive impact in the lives of the communities in which we operate in.

Since July 2014, PAZZION has been providing care packages that include food supplies such as rice, noodles, tinned food, and other necessities to low-income families. All employees participate and foster teamwork with a sense of enthusiasm in these initiatives, which includes personally packing and delivering the care packages to individual housing units.

This year, PAZZION Cares was carried out on a bi-monthly basis. This year, PAZZION sheds light on the stories from the families and friends supporting the brave fighters against breast cancer, showcasing the importance of the much-needed care and love from them in this journey.

The sale of the limited-edition Peony Bow Flats, a specially designed pump flats with a pink loop on the vamp resembling the international symbol of Breast Cancer Awareness was part of a fundraising campaign - with 30% of the net proceeds donated to the Breast Cancer Foundation (BCF) in support of their mission of eradicating breast cancer as a life-threatening disease.

In line with the campaign, four brave fighters have shared their battle stories with the world, in hopes to unite with others and restore faith in those who are still in the midst of their fight against breast cancer.

As a fashion-forward brand, PAZZION cares deeply about women’s issues, particularly women’s health. Being the most predominant form of cancer among Singaporean women, PAZZION wants to be part of the greater movement to raise awareness and break the taboo around breast cancer. PAZZION strongly believe that greater knowledge and awareness will eventually lead to early detection of the disease, and increase higher long-term survival rates.

PAZZION has been in support of Breast Cancer Foundation since 2013. 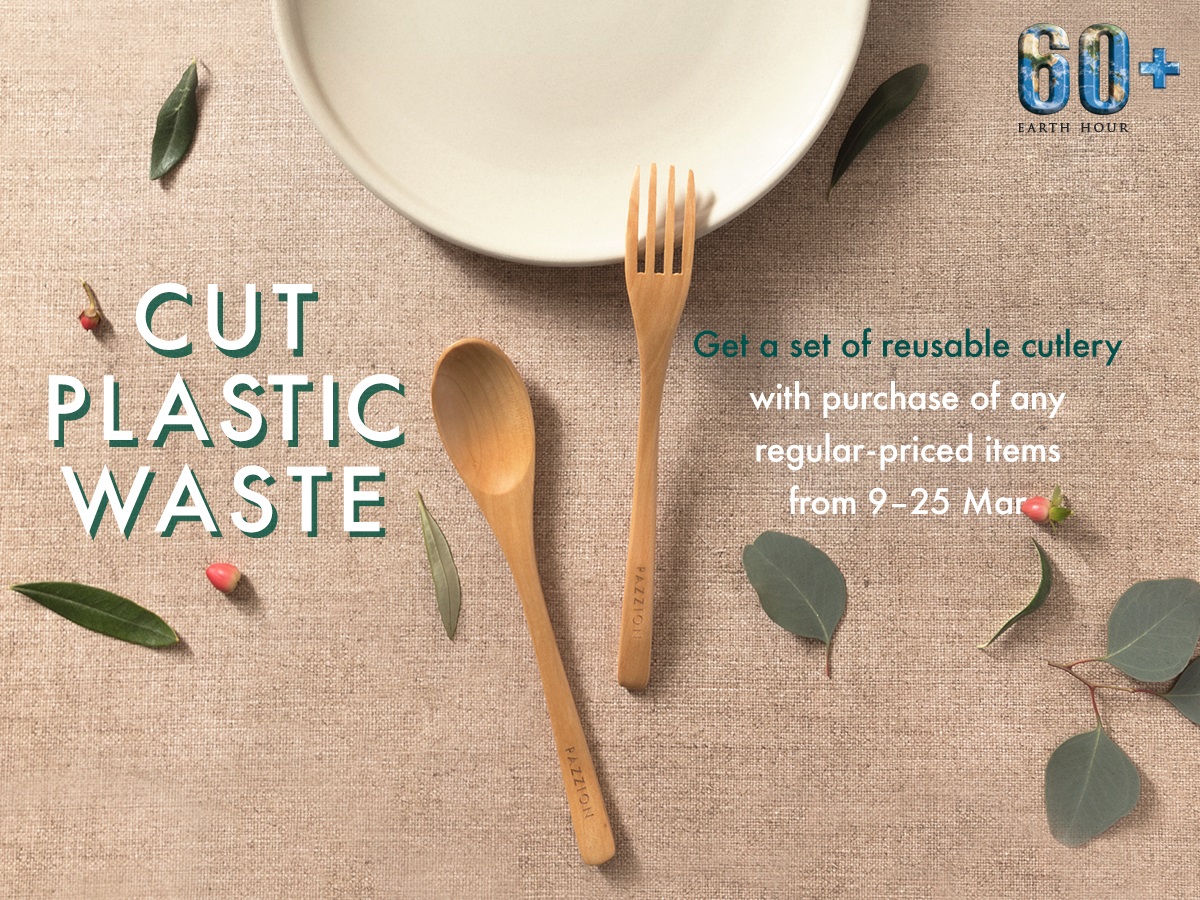 In addition to dimming of lights in stores, this year’s Earth Hour initiative focuses on reducing plastic waste. Countless plastic cutleries are discarded with daily takeouts. In support of this earth-friendly cause, PAZZION encourages customers to reduce plastic waste with a set of reusable cutlery crafted from wood scraps.

has been in support the Earth Hour Initiative since 2012. 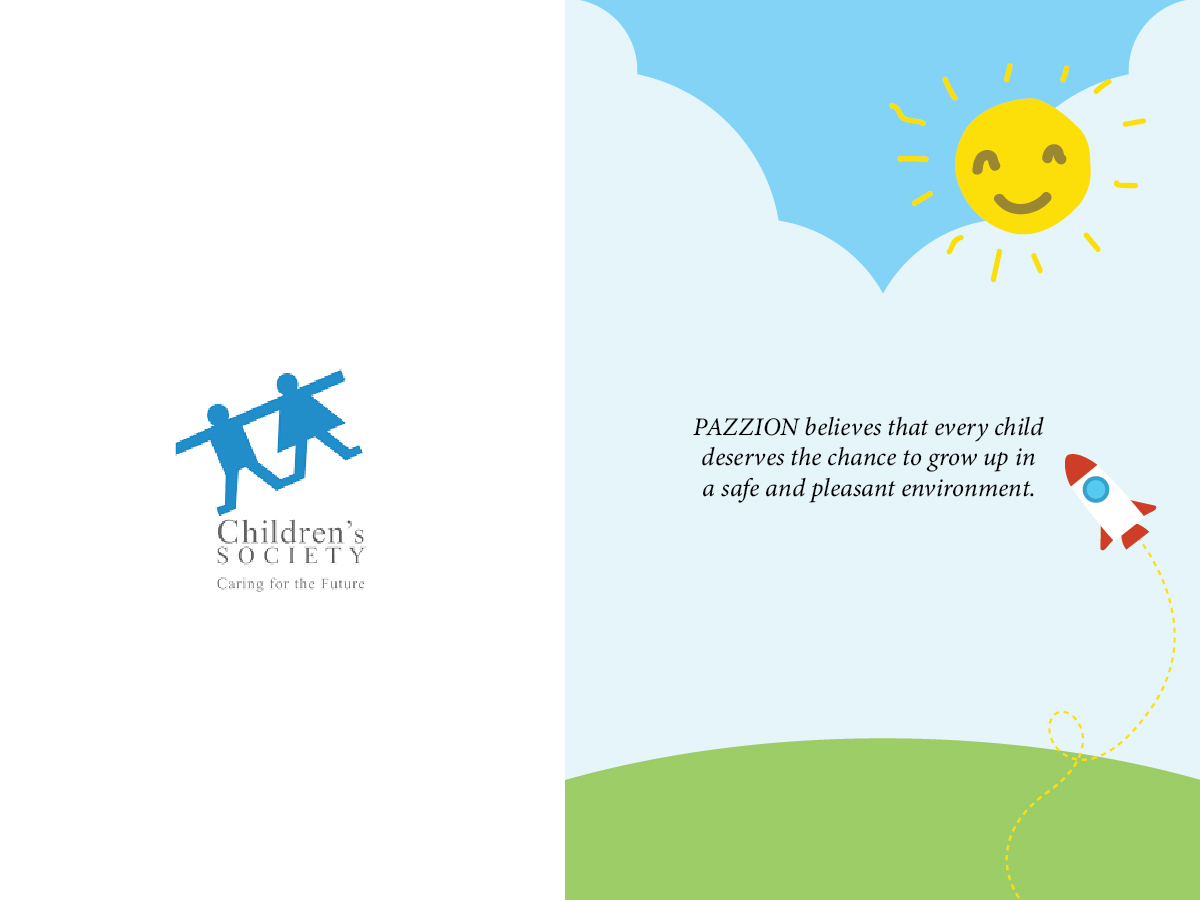 PAZZION believes that every child deserves the chance to grow up in a safe and pleasant environment. Initiated in 2013, a donation of $1000 is contributed annually to the Singapore Children Society. By supporting the Singapore Children’s Society (SCS), a sustainable fund is provided on a continuous basis to protect and nurture children and youth of all races and religions in Singapore. 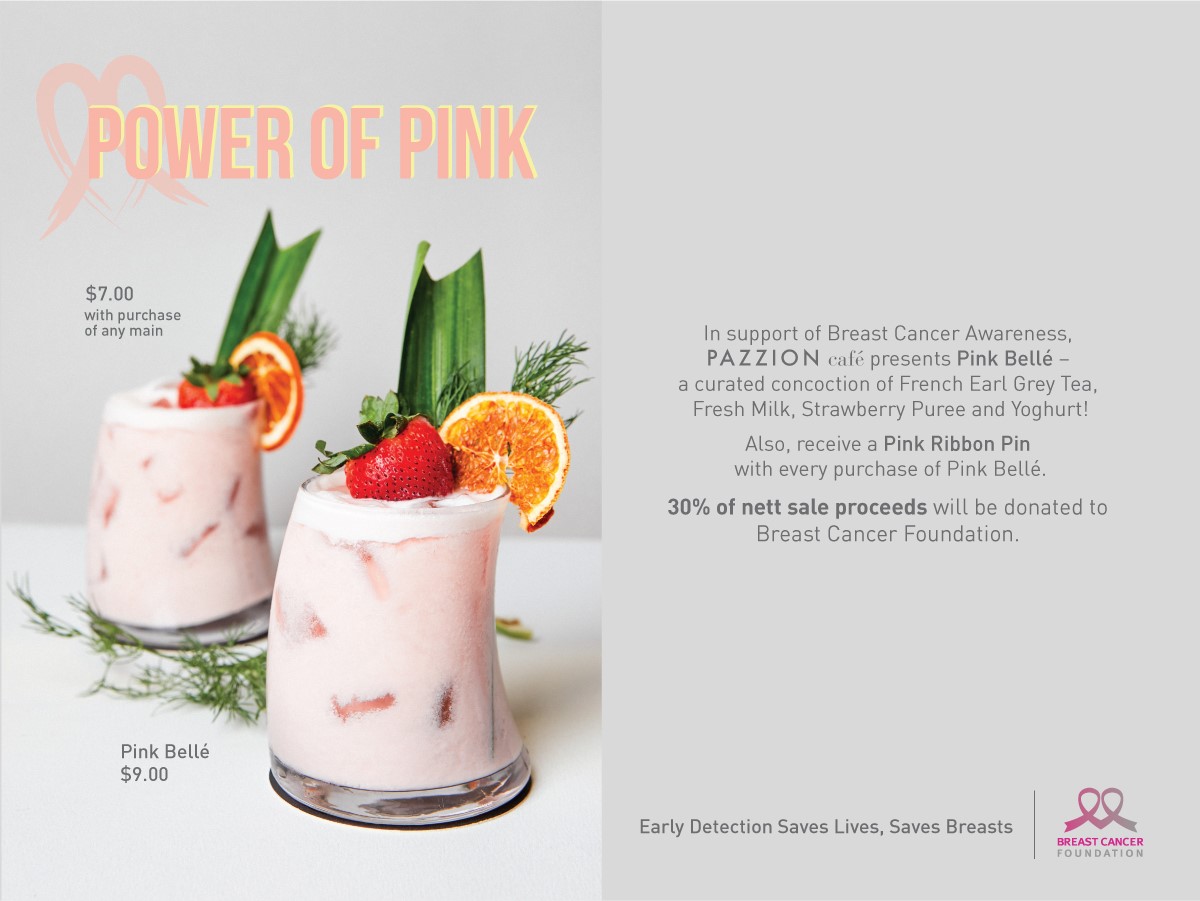 In support of Breast Cancer Foundation (BCF), PAZZION Café introduced the Pink Bellé - a curated concoction of French Earl Grey Tea, Fresh Milk, Strawberry Puree and Yoghurt. This special pastel-pink coloured drink is available at PAZZION Café, #B1-243/244, Jewel Changi Airport from the 1st to 31st October 2019. Customers who purchase any mains can get Pink Bellé at a promotional price of $7*. All customers who order this limited-edition drink will get a complimentary BCF Ribbon pin. 30% of the nett proceeds from the sale of Pink Bellé will be donated to BCF.

In the Pink of Health ~ Breast Cancer Foundation

An annual supporter of Breast Cancer Foundation, PAZZION is committed to do their part in October - a dedicated month-long campaign for Breast Cancer Awareness. Partnering Singapore's Breast Cancer Foundation (BCF) for the seventh year in running, PAZZION raise funds and create awareness amongst the community on breast cancer and early detection for early prevention. For the first time, PAZZION Café, the brand's lifestyle café at Jewel Changi Airport is also part of this fund-raising drive. Australia has been battling over 7 months of bushfires. While the fires have recently been contained in mid-February 2020, PAZZION is supporting the humanitarian effort for immediate relief and long-term recovery of the communities by raising funds for the Australian Bushfire Emergency Response Fund via the Singapore Red Cross. From 17 February to 16 March 2020, 5% of the sale proceeds on online purchases of regular-priced items through PAZZION.COM will go towards supporting this charitable cause.

Filter by Clear all

Try clearing some filters or try searching some other keywords

Please, try reloading page or go back to Home page